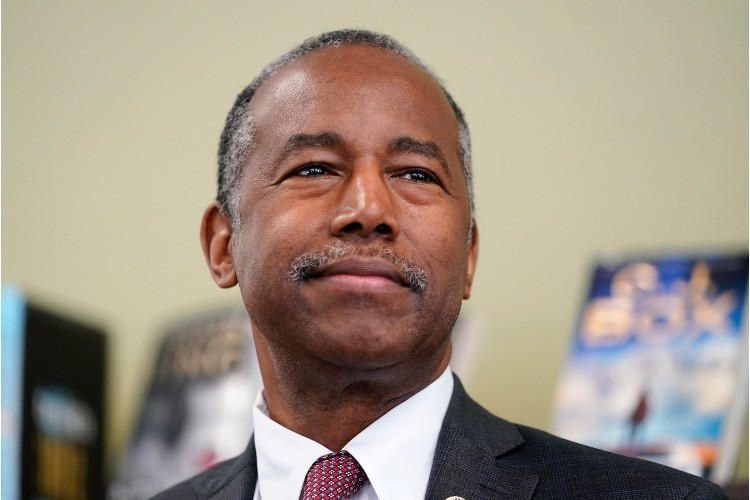 It’s a sign of the times that everything has become “political” — even drugs. But all that had to happen to poor hydroxychloroquine (HCQ) was for President Trump to tout him, and he automatically became a MAGA-hatted Republican targeted for cancellation. The same is true of ivermectin (IVM), which was branded “horse medicine” even though it has long been used to treat people and our CDC fairly recently recommended it for Afghan “refugees” as an anti-parasitic

Speaking of woke mentalities, however, applying politically correct thinking to the anti-ivermectin set would get them deemed racists who are calling black Africans horses — animals, in other words — as this drug and HCQ are used widely by people in sub-Saharan countries. Notably, these nations also happen to have low rates of COVID-19-induced death, a phenomenon that should interest anyone concerned about tackling the disease.

One man certainly interested is Dr. Ben Carson, one of our time’s most renowned physicians. Appearing on Maria Bartiromo’s Fox News show Sunday Morning Futures this past weekend, he mentioned that we should research why this tropical-nation/HCQ-IVM/low-COVID-mortality correlation exists. (It certainly would be more productive than making the “un-vaccinated” today’s lepers and dividing America along shot-haves and have-nots lines.)

Carson’s comments came in the midst of an interview about how the Democrats are blaming rising crime on the coronavirus situation and how Dr. Anthony Fauci has lied to Congress about funding gain-of-function research. “It’s unfortunate when medicine begins to mix itself with political ideology,” lamented Carson; “things become very illogical at that point.”

The doctor proceeded to say that we should not be one-dimensional when tackling SARS-CoV-2 but should investigate therapeutics and other remedial avenues. “Let’s not have tunnel vision and say, ‘Just everybody get the vaccine!’” he stated. It was then that he mentioned Africa and IVM/HCQ (video below).

Carson was also asked about genetic-therapy agent (GTA, a.k.a. “vaccine”) “boosters” and essentially said that the ever-moving GTA goalposts — the “end of COVID” always lies just around the corner with the next booster — further illustrate the need to explore other options.


As for the sub-Saharan IVM/HDQ-China virus phenomenon, the graph below illustrates it well.​ 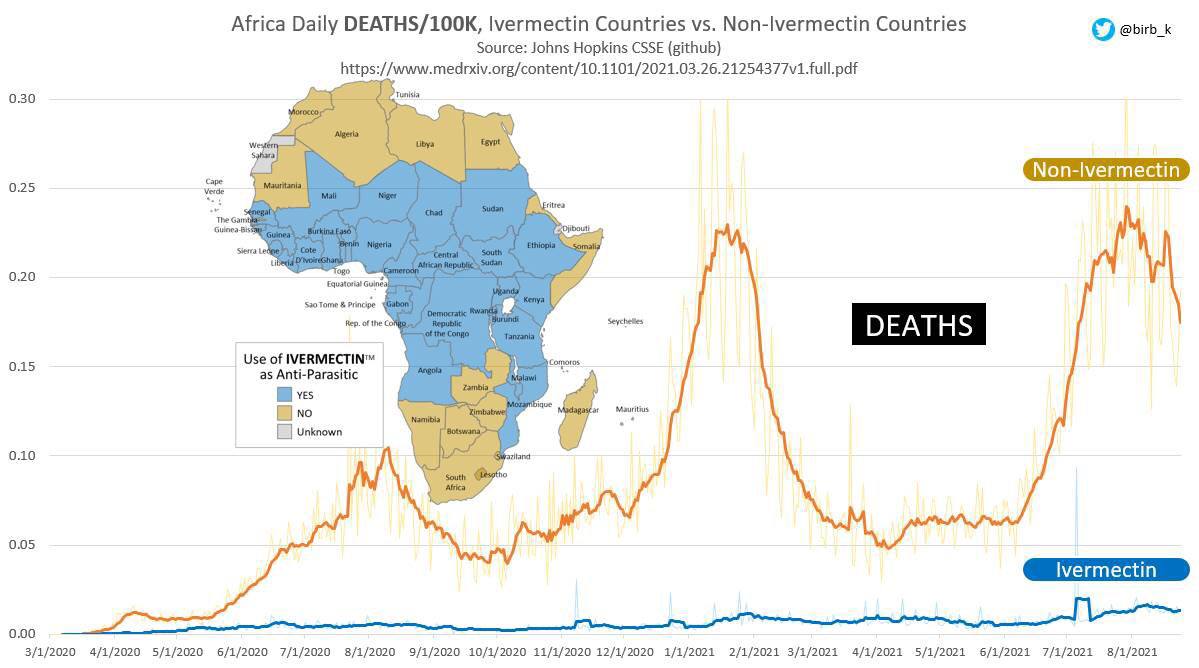 ​
We should note, too, that these are poor nations without Western hygiene standards; hand-washing and the facilities for it, hand sanitizer, and the disinfection of surfaces aren’t as prevalent. Social distancing is probably not diligently embraced, and also bet that face masks (which don’t appear to stop the China virus, anyway) aren’t as common. Add to this that the wanting nutrition many poor must endure can suppress immune systems, and you might expect that the sub-Saharan COVID situation should be worse, not better.

On the flip side, such countries have younger populations and obesity is perhaps less common, and China virus mortality victims tend to be elderly and most (78 percent) are overweight or obese. Then again, sub-Saharan obesity rates have increased in recent decades. Of course, this is why more study of this matter, and less excuses and demagoguery, are necessary.

But research or not, many are already sold on IVM and HCQ. For example, commentator Thomas Lifson writes that despite “the lack of so-called ‘gold standard’ double-blind studies, we now effectively know that early (off-label) use of the anti-parasite/anti-malarial drugs hydroxychloroquine and ivermectin can have a significant effect on reducing COVID mortality — especially when used in conjunction with other substances like azithromycin, zinc, and Vitamin D.”

Lifson goes on to say that, nonetheless, the medical establishment and media, government, and Big Tech “panic merchants” ignore existing remedies (and suppress information on them) and instead relentlessly peddle the GTAs, which increasingly appear ineffective and have often-serious side effects. Lifson then explains one reason why IVM and HCQ are relegated to medicinal Siberia.

“Running a double-blind study requires oodles of money — the kind of money that only a new, patented drug-maker could afford, in hopes of selling a high-priced remedy to millions of consumers,” he writes. “Repurposing off-patent drugs like HCQ and IVM does not yield the kind of profits that would be necessary to pay back the cost of double-blind studies — so they don’t exist.”

Apropos to this, in “the first half of the year, Pfizer Inc. PFE, 1.99% and Moderna Inc. MRNA, -3.35% reported collective sales of $17.2 billion for their vaccines, but both are expected to report higher third-quarter totals in the coming week, a collective $18 billion,” reported MarketWatch last month. That makes for a pretty big incentive to convince yourself that “hey, IVM and HCQ are unproven COVID therapeutics that, be warned, could have side-effects.”

On a personal note (this is not a prescription, just a description), two people close to me — both over 65 and high-risk, with one having significant comorbidities — became severely ill with the China virus. After developing breathing difficulties, they took IVM and zinc and both felt better within 10 minutes, literally. One of them said she’d never before seen a medication work so fast. For the curious, know that they essentially adhered to the Zelenko Protocol.

Physicians who’ll prescribe such treatments can be found via the groups American’s Frontline Doctors and the Front Line COVID-19 Critical Care Alliance (FLCCC).
As in all things, when handling pandemics we should seek Truth, not pecuniary or political gain. Dishonesty kills.