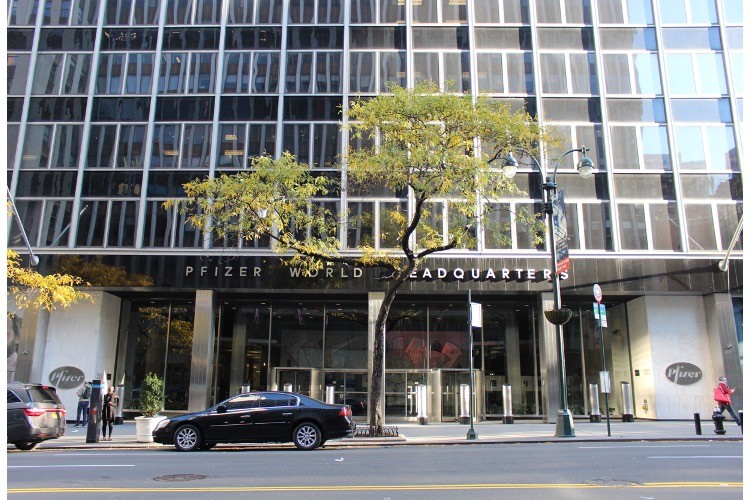 Listen to an audio version of this post. More Podcasts

The COVID shot developed by once-obscure German company BioNTech in cooperation with American pharmaceutical giant Pfizer has proven a business success. First to receive Emergency Use Authorization in the United States, the Pfizer shot has become America’s most popular COVID-19 vaccine, with more than 240 million doses administered. Globally, it also ranks number one in terms of usage: As of October 20, more than 405 million people have received Pfizer shot.

No wonder the jab has already become the most lucrative drug of all time, with sales expected to double in 2022.

But the rapid proliferation of the shot, under contracts negotiated between the company and national governments, has been made possible thanks to Pfizer employing a heavy-handed approach that includes “bullying governments” by barring them from “discussing the agreements without Pfizer’s approval,” and demanding “unilateral control to make key decisions and securing an intellectual property waiver for itself,” according to the report released on Tuesday by consumer advocacy group Public Citizen.

While supplying the world’s most-sought after shot, only five out of 73 formalized deals between Pfizer and national governments have been formally published. And even those contracts that were made public contained “significant redactions,” Public Citizen found. The group has been able to obtain several leaked, unredacted contracts that “offer a rare glimpse into the power one pharmaceutical corporation has gained to silence governments, throttle supply, shift risk and maximize profits in the worst public health crisis in a century.”

Public Citizen claims there are several “unfair and abusive” tactics that Pfizer employs in its contracts:

1. The company “reserves the right to silence governments”
The Brazilian government was put in an impossible position by Pfizer insisting on a number of “problematic” terms that Brazil was forced to accept in the midst of the COVID pandemic. The terms included Brazil waiving sovereign immunity, imposing no penalties on Pfizer for late deliveries, and an agreement to resolve disputes under a secret private arbitration under the laws of the United States.

In addition to that, the contract shows that the Brazilian government is prohibited from making “any public announcement concerning the existence, subject matter or terms of [the] Agreement” or even commenting on its relationship with Pfizer without receiving the prior written consent of the company.

A similar provision is included in the Pfizer contract with the European Commission and the U.S. government, but in those cases, the obligation to obtain another party’s agreement to publicly comment on the relation applies to both parties.

2. Pfizer controls donations of the shots
“Pfizer tightly controls supply,” the group claims. The Brazilian government, for instance, is restricted from accepting Pfizer vaccine donations from other countries or purchasing the shots from them without Pfizer’s approval. The violation of the terms could result in an immediate termination of the agreement, with Brazil still obligated to fully pay for any remaining contracted doses.

3. Pfizer Secured an “IP Waiver” for itself
Pfizer CEO Albert Bourla is said to be a fierce defender of the intellectual property of its shot’s formula, calling any plans to share it “nonsense” and “dangerous.” At the same time, the company does not see any issue in using someone else’s intellectual property.
Per the report:

At least four countries are required “to indemnify, defend and hold harmless Pfizer” from and against any and all suits, claims, actions, demands, damages, costs, and expenses related to vaccine intellectual property.​
Click to expand...

That means that if another vaccine manufacturer sued Pfizer for patent infringement in Colombia, the contract requires the local government, not Pfizer, “to foot the bill.”

4. Contract disputes are settled by secret private arbiters, not public courts
Bypassing the domestic legal processes, Pfizer insists on a panel of three undisclosed private arbitrators to decide any bilateral disputes. The details of the arbitration and even its mere existence, as well as proceedings and final decisions, must be held confident by both parties. If the U.K., for example, had any dispute with Pfizer, common British folks would never even find out such a disputes had ever occurred.

5. Pfizer can go after national assets
The decisions of the secret panel can be enforced in national courts.
To make sure the doctrine of sovereign immunity does not threaten its bottom line, Pfizer required Brazil, Chile, Colombia, the Dominican Republic, and Peru to waive sovereign immunity. The contract allows Pfizer to request that courts use state assets as a guarantee that Pfizer will be paid an arbitral award and/or use the assets to compensate Pfizer if the government does not pay.

6. Pfizer maintains the right to make all key decisions when it comes to its shots
Pfizer often receives a “sole discretion” to decide on such issues as possible supply shortages and to make adjustments to the delivery schedule while facing no liability. “Under the vast majority of contracts, Pfizer’s interests come first,” per the Public Citizen report.

Tom Wright, research manager at the Transparency Global Health Program, noted that “hiding contracts from public view or publishing documents filled with redacted text means we don’t know how when vaccines will arrive, what happens if things go wrong and the level of financial risk buyers are absorbing,” per the Washington Post.

Julia Barnes-Weise, director of the Global Healthcare Innovation Alliance Accelerator, added that the contract terms related to sovereign immunity appear to be an attempt by Pfizer to cover for some risks over which the company has “little control,” including the use of experimental, unapproved vaccines in partner countries where “the company has little oversight over storage and distribution.”

In response to the report, Sharon Castillo, a spokesperson for Pfizer, told the Post that confidentiality clauses were “standard in commercial contracts” and “intended to help build trust between the parties, as well as protect the confidential commercial information exchanged during negotiations and included in final contracts.”
She added that “Pfizer has not interfered and has absolutely no intention of interfering with any country’s diplomatic, military, or culturally significant assets.”