Bishop de Galaretta was also present for this meeting.

Abbé Nély also went to Rome for the definitive acquisition of a large house (with a church) which will become the new center of the Italian district and the future seat of the Prelature of Saint Pius X.

The sale of this large building in the heart of Rome was facilitated by the written intervention of Bishop Pozzo.


Bishop Fellay's recent visit to Rome with the Mother Superior of the Sisters of the SSPX:


Bishop Fellay was in the Vatican from 17 to 20 January.

He did not reside at the SSPX District House in Albano, he was a guest at the Sainte Marthe house.

Bishop Fellay asked the Mother Superior of the Sisters of the SSPX to come to Rome, she was lodged at the house of the District for two days.

The priests and faithful of the SSPX in Rome are aware of this meeting.

Even if it is a secret, the meeting was not made official.

Bishop Williamson still has his contacts inside the SSPX. Whilst Bishop Fellay has not come out straight over the years, as to what exactly is the position with Rome, neither has Williamson warned the faithful and mounted a genuine opposition. I can only assume that he wants a neo-Traditionalist corner for himself in an Indult-SSPX.
D

Anand said:
Bishop Williamson still has his contacts inside the SSPX. Whilst Bishop Fellay has not come out straight over the years, as to what exactly is the position with Rome, neither has Williamson warned the faithful and mounted a genuine opposition. I can only assume that he wants a neo-Traditionalist corner for himself in an Indult-SSPX.
Click to expand...

Why is Bishop Williamson hiding his contact information both in the sspx and in Rome only to give us streams of eulogies to himself and literary Macbeth song and dances with fluxes of legitimizing the NOM? This is NOT a genuine opposition! It is a collaboration of back door politics and false doctrine.

A reliable source tells us that this church, Santa Maria Immacolata all'Esquilino (*) and the adjacent building are destined to be the seat of the new prelature in Rome.

Monsignor Pozzo has helped to ensure the success of the agreement for Fr. Nely (current Interim Superior of the Italian District), which includes a local parish and a community of 20 nuns.


Photos of Temple and Adjacent Building​ 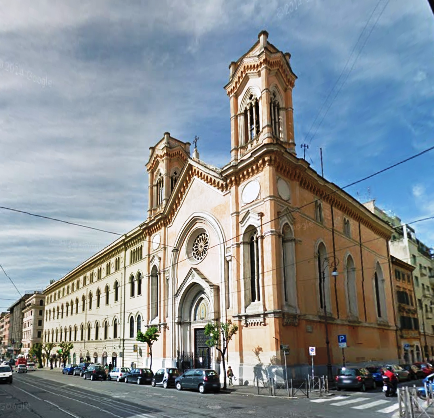 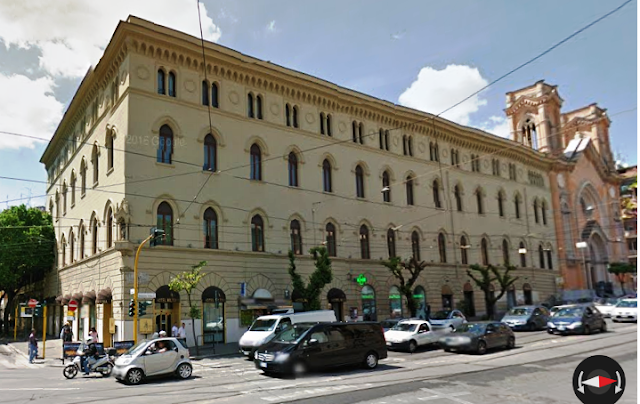 MAP THAT SHOWS THE SITUATION OF THESE PROPERTIES REGARDING THE VATICAN (distance: 6,8 km.): 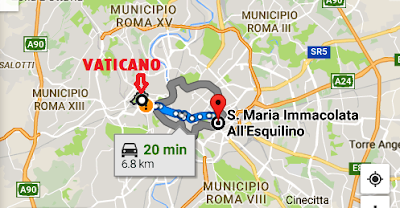 MAP THAT SHOWS THE SITUATION OF THE PRIORY OF ALBANO REGARDING THE VATICAN (distance: 37 km.): 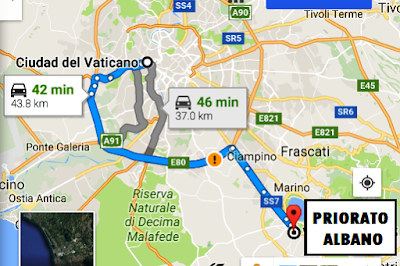 "On 28 May 2011 Father Couture, the District Superior, came to visit our Convent. He had been delegated by Bishop Fellay to receive the vows of Mother Mary Micaela as she transferred from the Congregation of the Dominican Sisters of New Zealand to the Dominican Sisters of Wanganui. [A congregation "friendly" with the Priestly Fraternity of Saint Pius X - FSSPX / SSPX.

"She had special permission from the Congregation for Religious and Secular Institutes in Rome to do this. As far as we know this is a world first, that a Sister would be allowed to transfer from a Novus Ordo congregation to a congregation set up by Bishop Fellay. The whole procedure implies a recognition of our Congregation, and of the religious of Tradition, by Rome."

Society of Saint Pius X "On Their Way Home " - the Prelature Headquarters to be on Esquiline Hill?

The agreement between the Holy See and the Priestly Fraternity of St. Pius X is final.
The role of Pope Francis is decisive. This is reported by the Vaticanist Matteo Matzuzzi in today's edition of Il Foglio.

"The rift between the Priestly Society of St. Pius X (Lefebvrian) and the Holy See is immediately about to be repaired," says Matzuzzi. Evidence that the "complex negotiations" are moving towards a "positive solution" are the intentions of the Society to buy the Santa Maria Immacolata building complex on the Esquiline, one of the seven hills of Rome. The complex is located close to the Lateran. The large neo-gothic church was built for an order at the end of the 19th century. This included other buildings that were used as a school in recent years.

The study center is to be built near the Lateran

According to Il Foglio, there will be a study center of the Society and additionally the General House of Personal Prelature, as soon as the Society is recognized as such by the Holy See.

The approach by Pope Francis himself has accelerated. In January on the 17-20 Bernard Fellay, the Superior General of the Society, was quartered in Santa Marta in the Vatican. With him, Monsignor Alfonso de Galarreta and the Assistant General, Father Alain Nely, had come to Rome. At the talks, the Superior of the Sisters of the Society also took part. Father Nely is commissioned to complete the purchase at Esquiline.

The Society has had contacts, as Monsignor Fellay confirms, in Argentina with the then primate, Jorge Mario Bergoglio. "He has known us for a long time." If there were problems with a local bishop, one had turned to the primate. He said: "You are, of course, Catholic and not schismatic. I'll help you." He did.

That has to do with the laws of Argentina. The Latin country gives Catholic priests a residence permit only if there is an official confirmation from local church representatives that the priests are officially recognized. In this respect, in a single case (individual cases), there were interventions by Archbishop Bergoglio, who issued this confirmation for the Argentine state.

The fact that things had not already come to an agreement with Rome in 2012 led Matzuzzi to the resistance of the French part in the Society. Had it been up to the German District, the Society would already have "returned to communion with Rome".

"Fellay now seems ready to go to end the standoff, even at the cost of painful losses among his faithful and priests," says Matzuzzi.

Says it all Immaculata!
D March 2017, US SSPX District denies and then un-denies the rumour:


“Bishop Fellay addressed the rumor that the SSPX is purchasing property in Rome in order to relocate from its headquarters in Menzingen. This is fake news, as we earlier reported.
[…]
Bishop Fellay confirmed that the SSPX intends to buy a church in Rome, but the sale of the building the SSPX is interested in, belonging to a Community of Sisters, depends on the Congre-gation for the Religious.”
sspx.org/en/news-events/news/bp-fellay-discusses-prelature-rumors

[Source: TheRecusant]​
Added too, Bishop Fellay confirmed the same and more in his recent sermon in Poland developing the nature and terms of his new "Personal Prelature"; which was also reported by them as "fake-news" at one time.

The gears of the Menzingen compartments of fake-news spins at tornado speed always ejecting some truth and destruction in their path.
You must log in or register to reply here.
Share:
Reddit Pinterest Tumblr WhatsApp Email Link
Top