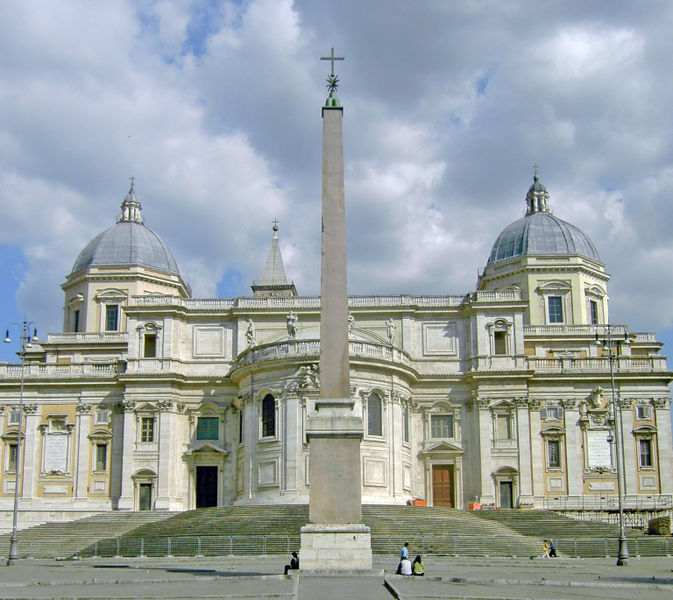 Ember Wednesday in Lent​
Station at St Mary Major
The spring Ember Week coincides with the first week of Lent. It was instituted for the purpose of consecrating to God the new season, and by fasting and prayer to draw down heavenly graces on those who on Saturday are to receive the Sacrament of Holy Orders.

The Station on the Wednesday in Ember Week was always held at St. Mary Major, the greatest and most illustrious of the Roman churches consecrated to the Blessed Virgin.

Is it not fitting that on this very day when the scrutinies for Ordination used to be made, the liturgical gathering should be made in the basilica consecrated to her, whom Proclus of Constantinople hails as "the temple in which God became priest"?

The Gospel also alludes to our Lady. The two lessons, the second of which is read as Epistle, tell of Moses and Elias, who before seeing the glory of the Lord fasted forty days and forty nights. Called to take the place of the rebellious Jews, let us make ourselves worthy of the fruits of penance as did the men of Ninive, who listened to the voice of Jonas, and the Queen of Saba, who came from her distant country to learn the wisdom of Solomon (Gospel). We shall participate then in the resurrection of the Saviour, symbolised by the Prophet who, after remaining three days in the whale's belly, was vomited out alive.

Let us pray to God that we may be strengthened in mind by the fruit of good works, while we mortify our bodies by abstinence (Collect). 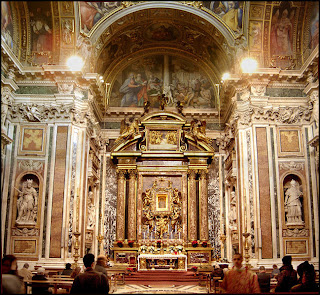 ​
Remember, O Lord, Thy bowels of compassion, and Thy mercies, that are from the beginning of the world: lest at any time our enemies rule over us: deliver us, O God of Israel, from all our necessities. * To Thee, O Lord, have I lifted up my soul: in Thee, O my God, I put my trust; let me not be ashamed. (Psalm. 24:6,3,22,1-2 from the Introit of Mass) 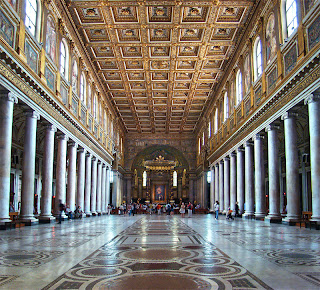 Mercifully hear our prayers, we beseech Thee, O Lord: and stretch forth the right hand of Thy majesty against all our adversaries.​
Graciously look down, O Lord, we beseech Thee, upon the devotion of Thy people, that they who are mortified in body by abstinence, may be refreshed in mind through the fruit of good works.
(Collect)

At that time: Certain of the Scribes and Pharisees answered Jesus, saying: Master, we would see a sign from thee. And so on, and that which followeth. Matt. 12, 38-50
Click to expand...

A Homily by St. Ambrose the Bishop

After the Lord had passed condemnation on unbelieving Jewry, he proceeded to declare the mystery of the Church, which same he plainly set forth in two figures; first, that of the repentant Ninevites; then, that of the queen of the south. Like that queen, the Church cometh from the uttermost parts of the earth, to stand in the presence of the wisdom of the true Solomon, the Prince of Peace. A queen is she, a queen of one indivisible realm, wrought into one body out of all nations, howsoever diverse or distant.

Wherefore this is the great mystery of Christ and his Church, a mystery now seen to be more excellent in the fulness of truth, than it seemed to be in the ancient type. For then they had in Solomon only a foreshadowing of him who was to come, but now we have Christ in his own body. And the Church is made to stand upright in his presence by reason of two things, by innocence of sin, and by repentance of sin. To wash away sin through repentance is the work of the Prince of Peace; to eschew it, that of his wisdom.

As for the sign which the Lord gave them, to wit, the Prophet Jonah, the same was a figure of the Lord's sufferings, and also a witness to the gravity of those sins which Jewry had committed. At the same time, we see in these words of the Lord a declaration at once both of his power and of his love; for, by turning our eyes on the Ninevites, he sheweth us a way of escape, even whilst he setteth before us the horror of what will otherwise be our punishment. Whence Jewry was shewn that it has no occasion for despair if it would but repent.